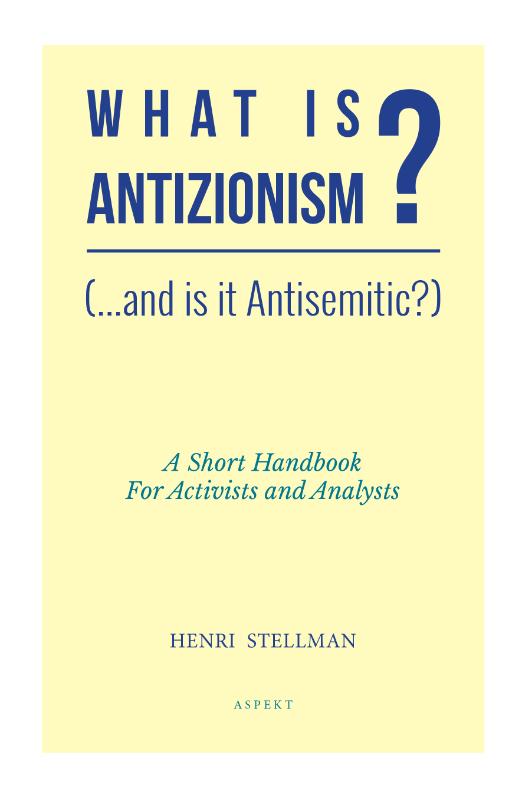 “a thoughtful, moderate and important piece of work. It deserves wide exposure. The evidence for the central thesis is overwhelming. Readers will not fail to be impressed by the book’s range, thoroughness, scholarliness and relevance.” – David Stone, Emeritus Professor, University of Glasgow, Academic Director, StandWithUs UK

“an enlightening compendium. Stellman shows that Israel and its citizens are being demonized, delegitimized and discriminated against. This study is a must-read and deserves serious scholarly attention.” – Igal Ram, Founding Director, Firewall Israel, The Reut Institute.

Antizionism – the opposition to Zionism and the state of Israel – has progressed at a breath-taking speed. Whether it be at the United Nations, in the Middle East, on campuses, in the mass-media or elsewhere, Antizionism has become a very topical subject that has engendered passionate debates. Paradoxically, the study of Antizionism has remained in its infancy and this book is the first attempt to examine the subject as a global phenomenon on a more comprehensive and systematic level.

The author examines in great detail the controversial subject of the relationship between Antizionism and Antisemitism. The various Antizionist ideologies and their leading proponents are discussed one by one. A whole section is devoted to an analysis of the means used by Antizionist campaigners.

Dr Stellman’s ground-breaking and thought-provoking study is a work meant to provide easily accessible reference for those encountering Antizionism, either as activists or professionals. To that aim, the book contains definitions, list of resources, revision questions, training exercises and discussion points.

Henri Stellman, originally from Belgium, holds Bachelors and Masters degrees in International Politics and gained his doctorate on the Ideologies of Antizionism from the London School of Economics and Political Science. He has lectured widely, has appeared on radio and television and is the author of various academic and non-academic articles. In 2016 he joined, as an analyst, the Firewall Israel unit of the Reut Institute.