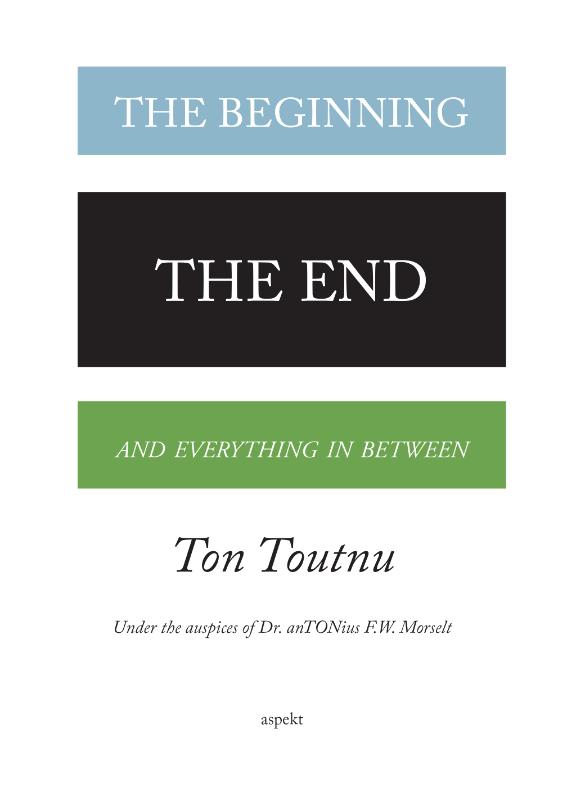 The beginning, the end and everything in between

The beginning, the end and everything in between

The beginning, the end, and everything in between stars the man. It’s about the life of a Dutch man, born in 1939 and up to the end that is yet to come. Preparations have started for that end, however. Judging by the large membership numbers of the Nederlandse Vereniging voor Vrijwillige Euthanasie-the Dutch euthanasia association-he is not the only one.

Most of this book, however, is about what happens between birth and death. You have to talk to a Dutchman in half-English; that’s what they like to hear. The author has lived through the 1950’s – 1960’s during which the man was a ‘HERO’ and has seen man become a ‘ZERO’ in the wake of feminism in 2000+.

The book is only partially personal. It’s also a continual outreach to the problem areas of this time. There is something off about the male-female relationship, with roughly 30 percent of marriages ending in divorce in 2000+. Ton Toutnu shows the male perspective. Especially on the subject of male sexually, he does not mince words. For women from Venus, the trip to Mars will be completed once they have finished this book.

The beginning is slightly absurd, then it gets personal. It is, however, always relatable and educational-especially for adolescents who have yet to experience the ‘in between’. The book is appealing to broadminded, independent thinkers and not for closeminded individuals and social critics.

The second part of the book is dedicated to episodes out of the life of the writer. His encounter with a beautiful and interesting woman, the skillful deceit by a colleague, his attempt to inform the public of his scientific research, and other confrontations with the thuths of 2005 – 2015. The rest of the second book is taken up by thoughts about old age and death. Essentially, this book is a journey to the deepest depths of A male brain in which a lot is stored.Will you JOURNEY with me, will you READ with me?