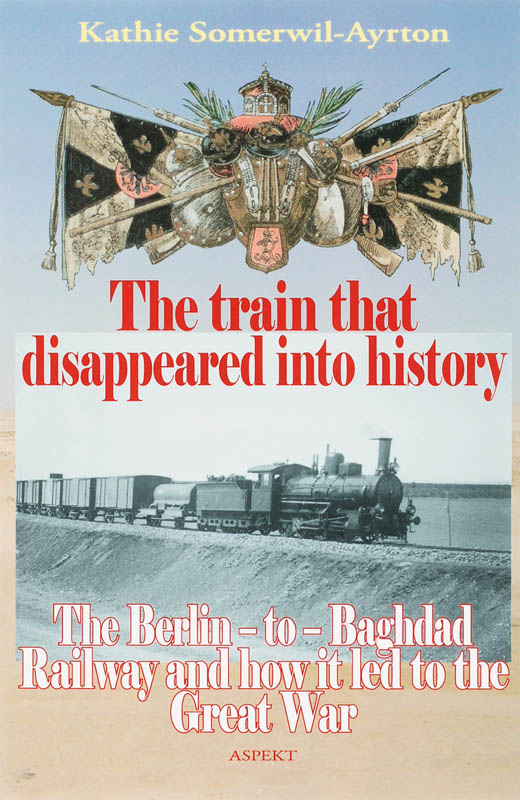 The train that disappeared into history

The train that disappeared into history

The Train that Disappeared into History is the story of the railway that the Germans were building from Constantinople (modern Istanbul) to Baghdad just before the First World War. This German concept was more than just a railway line. Known as the Berlin-to-Baghdad railway, it was to be a ‘Pan-Railway’ which would run from Berlin, or rather the port of Hamburg, all the way to Baghdad and then on to Basra and the Persian Gulf. While this would already cover a distance of four thousand kilometres, there were definite plans to prolong it to Bombay in British India, on which Germany, among other envious powers, had long had her eye. Conceived in the late 1880’s and underwritten chiefly by the Deutsche Bank, construction started in 1903. Notwithstanding grave political difficulties and almost insuperable logistical complications, in 1916 it was well on the way to completion, the last difficulties with France and Britain ironed out in 1914 just before the war broke out. After the allied victory in 1918 however, with the collapse of the German, Austro-Hungarian and Ottoman Empires, the Baghdad Railway literally ceased to exist and its rails became the property of the states formed in the region after the War.
Not only does this book trace the course of the Baghdad Railway, running through all the different countries like a central spine with rib-like branch lines, it also takes into consideration much almost forgotten historical material. It discusses such little-known subjects as the Great Game, the rivalry between Russia and Britain in Central Asia, the American missionaries and their influence in Turkey, the Turkish-Russian war and its consequences. Varied and colourful people tramp or ride through its pages: True Blue Burnaby, the Irish-American journalist MacGahan beloved of the Russians, Samuel Baker who bought his wife at a slave market, his brother Valentine who was entangled, literally, with a lady in a train which ruined his career, intrepid lady travellers, mostly British, Wassmuss, the German counterpart to Lawrence of Arabia all deserving to be remembered anew in our day. The Railway ‘s course and ultimate goal the newly important oil regions provoked political tempers, exacerbated the rise of national feeling in small nations, and became a powerful irritant to the jealousy and suspicion always present in the relations of the Great Powers. It was ultimately to become one of the main causes of the Great War.
This book hopes to make the reader aware of some of the parallels between the situation in the region one hundred years ago and that of today, when names like Baghdad, Basra, Mosul, to name only a few, are the subject of our daily concern, as they were then, and of the forces many of them rather unusual which led to the catastrophic struggle for power in the First World War.