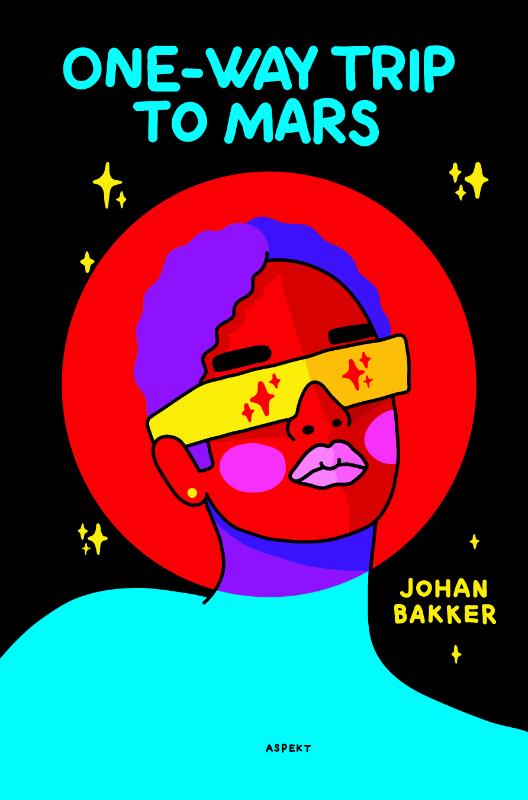 t is 2025. Four astronauts undertake a nine-month mission to the desolate planet Mars with one goal in mind: to start a society that is more beautiful, humane and sincere than the one they left behind on Earth.

But the explorers are not alone in space. Billions of people at home are tuning in to the reality TV show that documents every move on their journey into the unknown. Jonah, Tatyana, Nicholas and Celia – international scientists with an unflinching desire for adventure – become heroes to all of mankind. But when tensions rise and personalities clash, the astronauts find themselves living in their very own space opera.

In One-way trip to Mars, jealousy, discord, boredom and life-threatening solar winds wrestle with pioneering spirit, optimism and idealism during a voyage that will live long in the hearts and minds of all those who witness it.

(Appeared in Dutch as Enkele reis Mars in 2017)

‘For all space aficionados who don’t have the guts to travel to Mars themselves’ (Volkskrant, Dutch national newspaper)

‘A good story about how we, people, always take ourselves with us wherever we go. *****’ (Explore Mars Magazine)

Johan Bakker is the author of Behind the Rainbow, the biography of the American singer Eva Cassidy (1963–1996), which won the British People’s Book Prize in 2012. Aside from his love of music, Johan has an enormous passion for space travel. As a ten-year-old boy, he wrote his first story, the setting of which was Mars, the red planet.