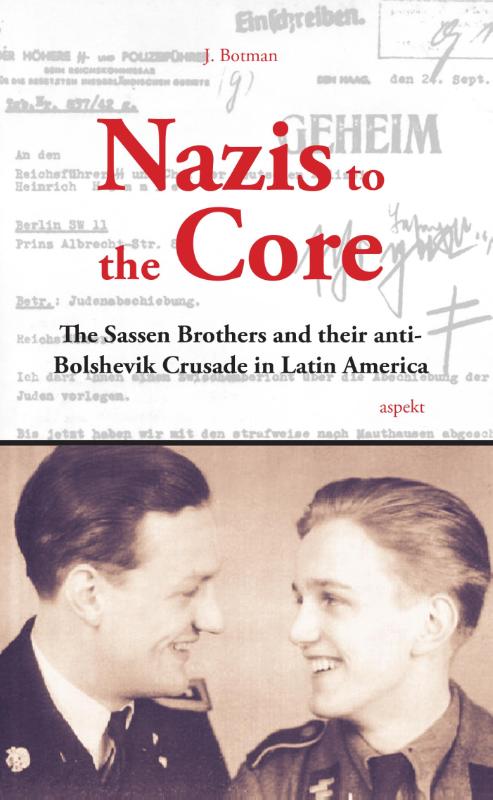 Nazis to the core

Nazis to the core

Wim Sassen’s name has always been linked to the Eichmann case. Little is known about his personal life. Even less is known about the other Sassen family members who, like him, fled to Latin America after WWII. While two sisters abandoned their Nazi ideology and kept a low profile in Ecuador, Wim and his brother Alfons continued their Nazi allegiance. They joined forces with fugitives like Josef Mengele, Walter Rauff and Klaus Barbie under the protection of the German Secret Service.

This book reveals new information on Wim and Alfons Sassen. It not only seeks to explain why they joined the SS, but also narrates their escape from Europe. During the war, they made a pact with the Dutch resistance in case the Nazi empire should collapse. Once it did, the Dutch resistance helped them find their way to Latin America, receiving aid from both a Catholic and a former collaborator’s network. While Wim escaped to Argentina through Ireland, Alfons was recruited by foreign intelligence services as a so-called “Abwehr” specialist. He was tasked with dismantling “Wehrwolf” networks and penetrating communists cells. Once it was discovered that his intelligence reports were based on nothing more than fantasy, he too escaped. With the aid of the famous Spanish General Moscardó of the Siege of Alcázar he managed to reach Ecuador. There, his true intelligence work started. Together with his brother-in-arms Wim, he was reunited with Nazi diehards including Luftwaffe ace Hans Ulrich Rudel, and Mussolini-liberator Otto Skorzeny. This moment was the starting point of complex intrigues between secret services, arms dealers, Latin American dictators like Augusto Pinochet and Alfredo Stroessner, and drug-lords in Bolivia. These intrigues earned Wim and Alfons, respectively, the reputation of international arms-trafficker, and advisor to military juntas all over the world.