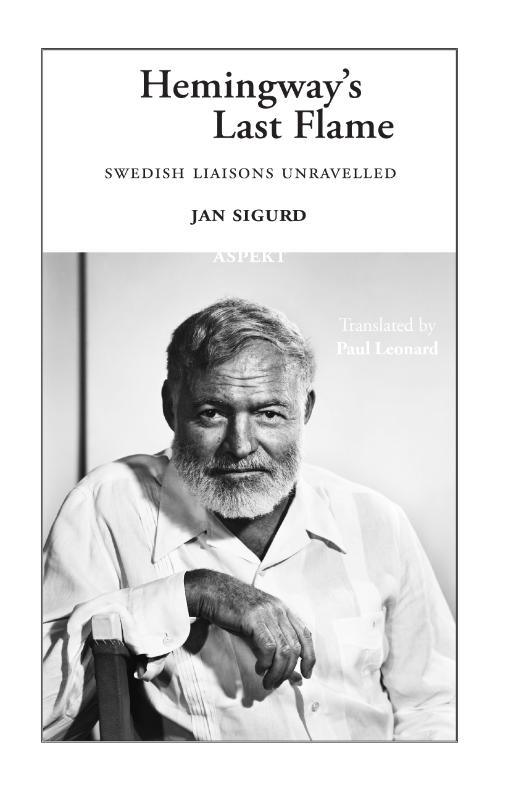 After his first legendary safari in 1933, Hemingway left Africa on the Swedish luxury liner Gripsholm, where he and his new hunting partner, Baron Bror Blixen, tried the patience of their fellow passengers and crew. But Karen Blixen’s ex-husband wasn’t the writer’s only Swedish friend: Ingrid Bergman, Hemingway’s choice for Maria in For Whom the Bell Tolls, became a part of the inner circle, and they corresponded frequently until his death in 1961.

Jan Sigurd uncovers Hemingway’s infatuation with his seventeen-year-old ’guardian angel’, Birgitta Friman, in a last heady period in Spain, 1959; a Spain where Hemingway reexperienced his youth, captured long before in The Sun Also Rises, and recalled later wartime memories. We also meet Stig Berggren, one of the last surviving Swedish volunteers of the Spanish Civil War, who here relates his encounters with Hemingway during those turbulent times.

Over many years, Jan Sigurd has created his own image of the great writer by tracking down and interviewing Swedes, primarily, who once knew him. Their recollections are gathered here for the first time, along with an in-depth account of the discussions leading up to his Nobel Prize in Literature. Here is Hemingway – in the company of Swedes.