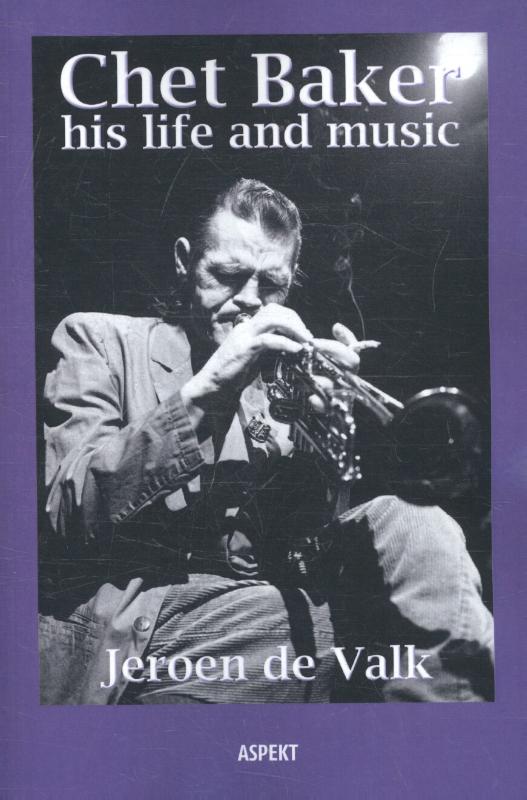 Chet Baker was a star at 23 years old, winning the polls of America’s leading magazines. But much of his later life was overshadowed by his drug use and problems with the law. ‘Chet Baker: His Life and Music’ was Baker’s first biography, published a year after Baker’s passing in 1988. It was available in five languages.

Now Jeroen de Valk’s thoroughly updated and expanded edition is finally here. De Valk spoke to Baker himself, his friends and colleagues, the police inspector who investigated his death, and many others. He read virtually every relevant word ever published about Chet and listened to every recording, issued or unissued.

The result of all this is a book which clears up quite a few misunderstandings. Chet was not the ‘washed-up’ musician we saw in the ‘documentary’ Let’s Get Lost. His death was not thát mysterious.

According to De Valk, Chet was an incredible improviser, someone who could invent endless streams of melody. “He delivered these melodies with a highly individual, mellow sound. He turned his heart inside out, almost to the point of embarrassing his listeners.”

Jazz Times: “A solidly researched biography… a believable portrait of Baker… a number of enlightening interviews….”

Cadence: “A classic of modern jazz biography. De Valk’s writing is so straightforward as to be stark, yet this is just what makes it so rich.”

Jazzwise: “… it’s going to be definitive.”

Jeroen de Valk (1958) is a Dutch musician and journalist. He also authored an acclaimed biography about tenor saxophonist Ben Webster.